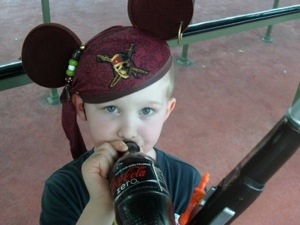 Spring is almost here and in my house, that means it’s almost time for a birthday party…for a little boy–my youngest, no less. Every year he gets excited about six weeks beforehand and starts dropping not-very-subtle hints about what he wants for his birthday, and where he wants his party. This year he is turning the big 1-0 and he’s all about computers and baseball–if you can’t catch it or code it, it’s impossible to get much of his attention for very long. He wants a robotics and game design party–yes, this exists–but maybe because it’s a landmark year (ten feels special and monumental to me) this got me thinking about all the different parties we’ve had over the years (don’t worry, I’ve omitted any duplications). 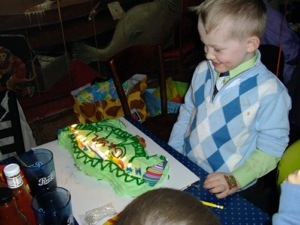 I have a little man who likes his food. And he likes it spicy. Always an adventurous eater, I’ve never known a kid who digs barbecue so much. For years he insisted we celebrate his birthday at Dinosaur BBQ, 700 West 125th Street, New York, NY, located in the center of Harlem. My mom–always a devoted grandmother–searched high and low and found a dinosaur cake mold that was enormous (above image is him blowing out the candles on the dinosaur cake), it could feed 20 and then some, and kept things thematic. Even the Dinosaur BBQ staff was impressed. 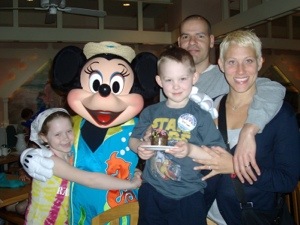 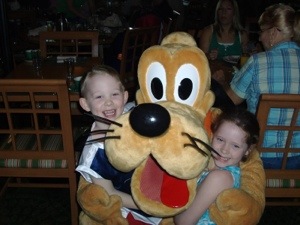 It set the bar pretty high, but for his 6th birthday we went to Disney World. There’s a longer story to how we ended up there, but being a kid at Disney on your birthday looks pretty amazing. We stayed at the Swan (right next to the Dolphin) and spent four nights there. We did one day at Downtown Disney, one day at the Magic Kingdom, one day at Epcot and one day at Disney Hollywood Studios. Every night we ate at a great restaurant–the Swan and the Dolphin hotels had Todd English, Il Mulino and Shula’s Steakhouse to name a few. (Post lead image is the birthday boy at Epcot) 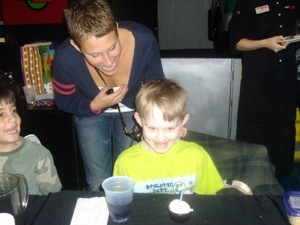 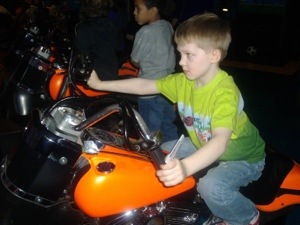 For my budding sports enthusiast, we did a party at the ESPN Zone in Times Square. This was our first real experience together playing at an arcade–even though we live in New York City, we didn’t go to Times Square often and places like Chucky Cheese and Dave and Busters aren’t really our speed. This was very fun as a party, although once was enough for him… and that was a good thing, the ESPN Zone in Times Square is no more. 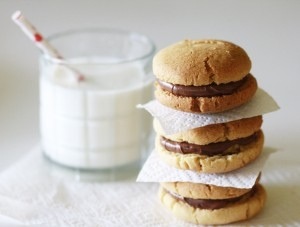 Although he didn’t ask for ESPN Zone again, we just couldn’t escape Times Square… for his next birthday, we went to Bowlmor Lanes, 222 West 44th Street, New York, NY. We ended up in lanes that were Chinatown themed, which was very cool, and the hit of the party were the Nutella sliders which I now love to make as a treat: Nutella and banana on mini potato rolls, for added oomph, tooth-pick ’em with a strawberry or raspberry. 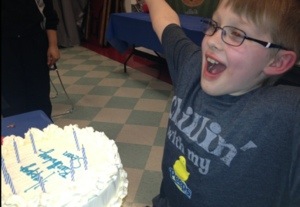 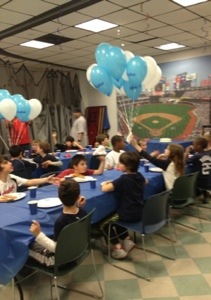 We are a baseball house. Not only are there hard-core fans in my house, but my husband works in baseball and my son takes private lessons and clinics year-round and plays in spring, summer and fall leagues. Not exactly a party for my daughter, but speaking of “party” last year we celebrated his birthday at The Baseball Center, 202 West 74th Street, New York, NY. There my birthday boy and his buds played a game under the supervision of a coach then happily chowed down on pizza and cake while adults ate more adult-like fare from Cafe Gigi and Baked by Melissa, both places have online ordering which is incredibly easy. The Baseball Center even took care of the party favors.

2 thoughts on “Looking Back: Birthday Celebrations For My Son”

Follow The Gifting Whisperer on WordPress.com
Join 1,125 other followers